When we rolled into town we had a shitload of weed.  We had been piling it up since we left Austin.  Chad was gifted a baggie of Seattle’s finest.  In S.F., we scored a nugget of hash.  Add that to the overabundance of k.b. I brought and the freezer-bag of shwag that Chad has been dragging across the country like roadkill stuck in the wheel well of the car, and we had ourselves a nice little pile of dope.

But in L.A., our pile met its match.  Our pile barely put up a fight.  Without sullying the good reputation of one of my pals by naming names, I’ll just say that we ran into the great weed huffer of the West.  Over the course of the next few days… weed was horfed.  Almost all of it.  I think there was about one bowl left by the time we had to pack it up and split.  We didn’t mind toooo much, but fuck, we did need enough weed to carry us through Sheriff Joe Shut-your-pie-hole’s AZ and back home to Texas.

Our gracious iron-lunged friend/fiend did score us a sack of super-sweet bud.  And, Chad, in a moment of clarity, had the foresight to hide a wee amount of the hash.  So we’re good again. This should do.  There are only five days left.  And with luck, we’ll cross paths with more goodness.

11:14 AM
CHAD:
Well, we headed out of L.A. relatively early in order to make it to the screening in Phoenix later on in the evening. Will [last  name redacted] and I had woke up at a local girl’s house. I’ve been hanging out with this girl on and off since I’ve been in L.A. but she’d always come meet us out somewhere and then go home before the end of the night. Luckily last night, Will was so fucked up, I was basically able to use him like a wounded animal or retarded person or some shit that simply wouldn’t be able to survive out overnight unless we took him to her house. He and I went to an In and Out Burger for a little going away breakfast and then I met up with Bob and we split the City of Angels for good. The drive out to Phoenix was all a big blur, just as the entire trip has become at this point, and I feel like the following video depicts all of that, especially through the lens of writing this journal, which has started to suck my fucking dick to be quite honest. Oh, the journal itself is decent. It’s the writing of the journal that’s really starting to suck, and not in one of those awesome okcupid blowjobs on the first date in the bar parking lot kind of ways, but a bad one. Here, check it out:

11:11 PM
BOB:
To be quite honest, after the orgasm that was the L.A. leg of the trip, I didn’t really give a shit what happened after that.  We came.  We conquered.  We left a stink behind.  And we escaped without a parking ticket or jail time.  Mission mother-fucking accomplished.  But Tempe had some fun in store for us. And we got our own prison-ish room for the night to top it all off. 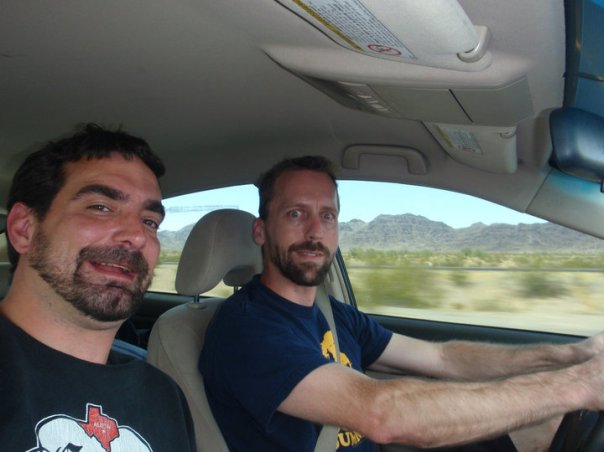 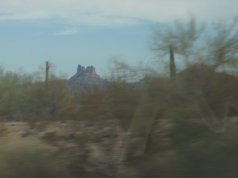 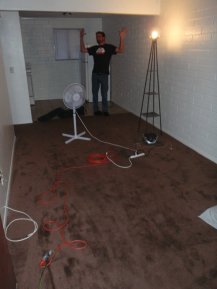 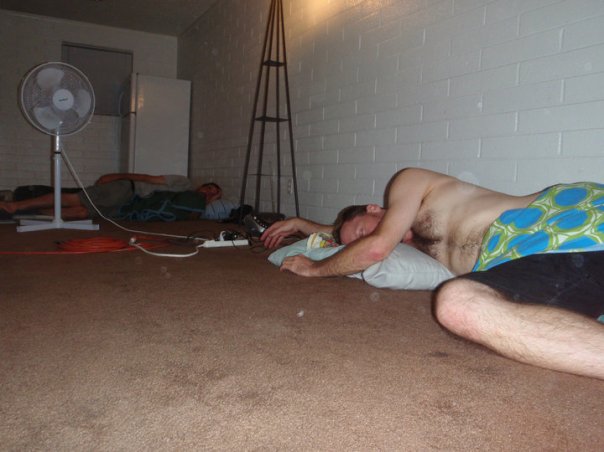 Andrea (a.k.a. Midnight Move Mamacita) scored us a crash-pad.  It turns out that a co-worker’s friend manages an apartment complex and someone had just moved out.  Aw, here, just watch the video:

Nicola Sixx (a.k.a. Suzy Homewrecker from the BGGW days of Lonestar Rollergilrs) came out to the screening.  That was fucking cool.  She’s always came out to support and has hooked me up when I’m in the PHX area.   Thanks!

Hell on Wheels finished up and I did a little Q&A.  Despite Chad’s awesome intro/trivia/prize giveaway, once we forked over the remainder of the prizes, nearly every fucker left.  Fuckers.

On one of my first visits to PHX I met Suzy Homewrecker’s pals Worm and Honey.  They have always been down for the cause.  Worm even let me crash at his house several years back and drove me to the airport.  I hadn’t seen him in a while, so it was fucking cool to see him wander up to the screening. After the screening, we headed down to the bar and that has a ghost infestation and drank some beers. 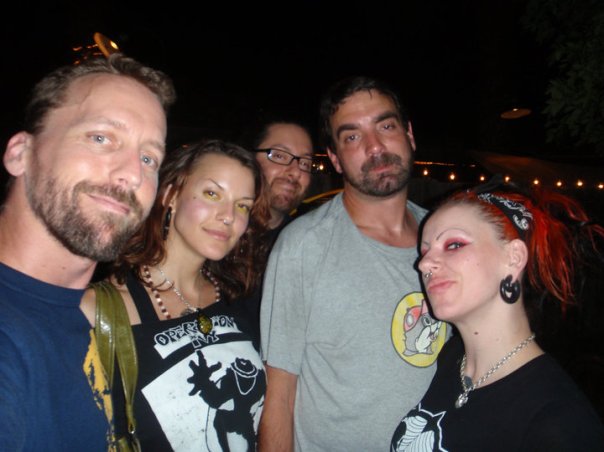 11:58 PM
CHAD
The Phoenix showing was pleasant, and Brazoswood’s own Farrah Fiegner showed up. The theatre manager was a beautiful woman with a sexy accent who was very nice to us. They gave us free reign on everything in the snack bar and I’ve never had such power lavished upon me. I’m actually reaching at this point, because as pictures and video will point out, I was so fucking exhausted from our time in Los Angeles that I basically sleptwalked through Phoenix. I think this is a great opportunity for Bob to take over the reins and showcase some of his writing abilities.

2:17 AM
BOB:
Judging by the circumstantial evidence, most certainly Chad has scraped-up Chepo’s Xanax dust when no one was looking in L.A. and smeared a fistful of powder across his mouth like a fucking savage tonight. 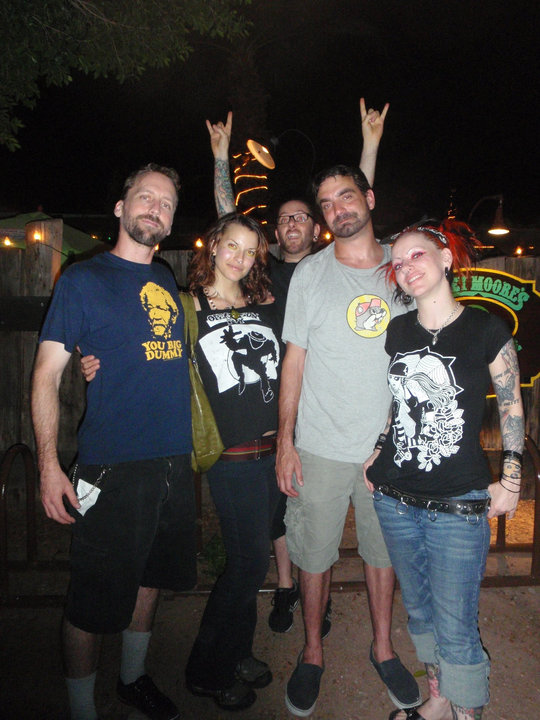