2:22 PM
CHAD:
Yes, last night ended up being pretty fun, indeed. In order to make you feel a little more involved in the process, here is some reel from the movie we made last night. This is pure, unedited film work, shot by a notable filmmaker, starring a leading man and woman with no less than four or five legitimate projects under their belts, including this one: 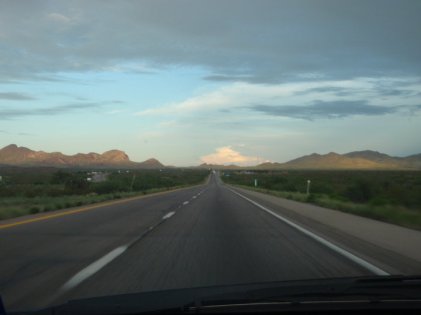 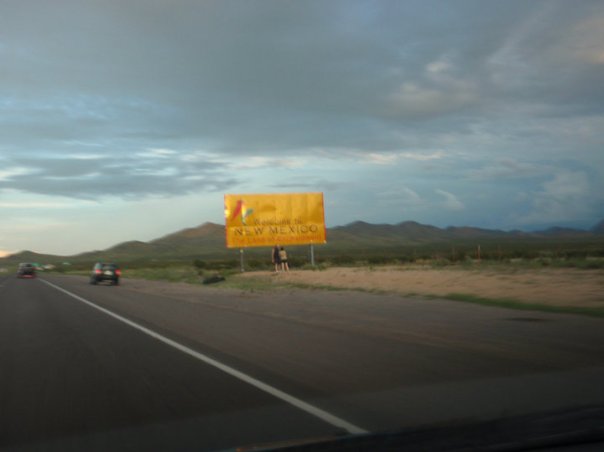 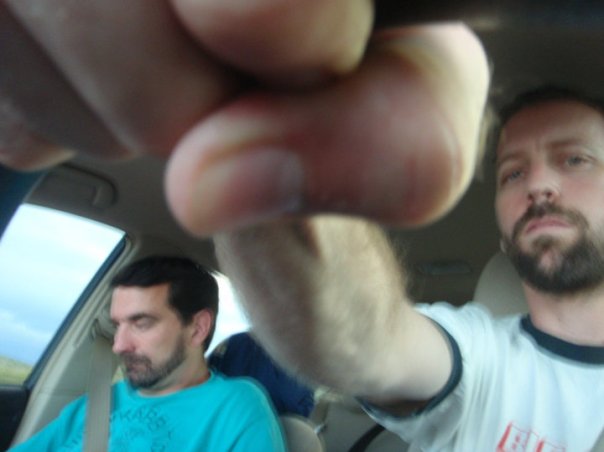 I have no fucking idea what to expect from Las Cruces.  We’ve been told that the town is basically a truck stop.  And we’re running late as fuck.  We didn’t get the action on video like we did in Boise, but we did roll up about two minutes late and I couldn’t find the screeners.  I dug through the car in search for the DVDs to play.  After a few more minutes, I found the fuckers, grabbed the merch case and bolted for the cinema. But all was fine as, to my pleasant surprise, there were a shitload of people in there.  They were whooping it up and having a blast.

I thrust the DVDs upon the theater manager.  He was hesitant to play the CrashToons before the feature.  He’d watched and approved the feature, but hadn’t laid eyes upon or even knew that we were screening ‘toons before the big show.  “There’s nothing indecent on here, is there?  We can’t show anything indecent.” “Um… no.”

11:59 PM
CHAD:
Anyway, we left Tucson and drove down to Las Cruces for what would turn out to be out to be our last screening of any type. Bob showed Hell on Wheels to a building full of screaming rollerpussy. I’ve inserted some footage of him hobnobbing with said rollerpussy, as well as the intro to the movie, which includes sign language for the hearing impaired. This was the first of our screenings to come with a sign language interpreter, and the moment was not lost on us.

In what was perhaps the most serendipitous moment of the entire trip, I was walking from the theatre with a guy named Marty over to his place because we were going to spend the night there. The rollergirls had asked around for us a place to stay and a seemingly random stranger had volunteered. Along the walk, Marty tells me he is from Texas, too. I ask him where, and he says Seguin. I could tell he was about my age and so I asked him how well he knows Mike de Leon. Turns out, they have been friends ever since kindergarten. Unfortunately, I didn’t get any video footage of Marty. The good news is, I don’t have any footage of Mike de Leon, either.

1:11 AM
BOB:
After the screening, a derby gal was handing out Klonopin like it was Halloween.   Then we all crawled down to El Patio bar right around the corner. We’re actually in Mesilla, the old historical and Billy the Kid infested part of Las Cruces.  Apparently, and according to the history drunks, Billy the Kid fucked this place with his uncircumcised member and gave it the clap and a bad rash.  I think this bar used to be the jail or some shit.  Here’s their bathroom sink: