1:13 PM
CHAD
Checked out a lot of Seattle today… Had Lake Jackson’s own Burgandy Viscosi show me around in the daytime:

I loved walking around in Seattle. Feel free to look at this girl I filmed playing the fiddle in the street. I think they call them “violins” up here. The fiddles, I mean…

Burgandy turned me on to this badass bar in Belltown called Shorty’s. They have a shitload of pinball in there, and I’ve filmed all the machines for the Jim Isaacsses and Adam Reposas of the world, not to mention the Scott Fondrens and Mike Marquardtses.

Then, that night, it was more partying up in Ballard with Heidi and her friends. Here are The Basements doing a song at a place called The Tractor, where Austin’s own Lauren Fogel used to work. They still talk about her up here…

The drugs were supposed to be removed from the car.  Chad’s dirtweed was supposed to go with Chad.  My sweet leaf was supposed to be dumped at my Seattle crash-pad.  That was the plan.  When a doper like Chad rides shotgun, you never really know what kinda drugs can fall off of him like a landslide of dandruff and end up scattered all over the crevices of the vehicle.  Shit tends to migrate on a road trip.  That’s the fear.  A cleanse was had, but is it enough.  Where the fuck did that pill roll off too?  Was there a joint that went astray?  Let’s find out.  Hello Canadian border.  Hello thorough inspection of every inch of the car and its contents.

And they gave it their best shot.  They tore through my shit like a tornado raping a trailer park.  Fucking every inch of it.

Speaking of, did I already mention that I got laid before Chad did on this road trip?

But back to Canada: the fucker doing the searching was bummed that he came up empty handed.  So he decided to lecture me about the little note in the merch case.  The note that pleads for “Tips, Gas Money & Drugs.”

At one point Canadian bacon/cop grilled me about smoking weed “it’s okay of you do, but did you bring any?” Followed by a long pause and the hairy eyeball as he attempted to break me with his twitchy gaze.

No dice. The fucker was diceless.  So I made it to Vancouver.  And holy shit, the Vancouver screening was killer.   Terminal City Rollergirls showed up!  Check out the line: 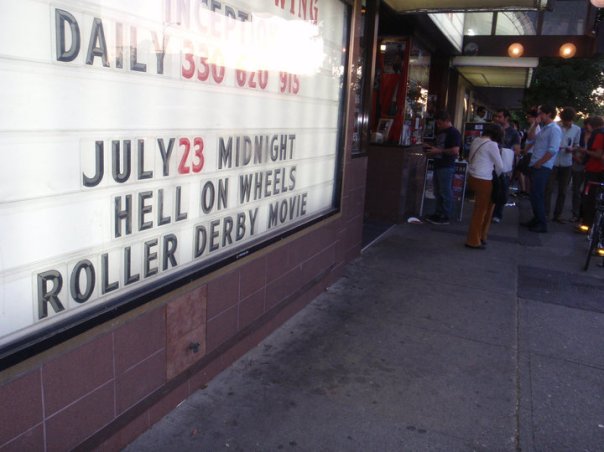 And dig this huge-ass crowd:

Speaking of, super-big thanks to the Terminal City Rollergirls and to Alex, Chris Coralline and Alicia at the Rio.  They are a killer bunch and plied me with beer and love.

Here are some clips from the drive to and my time in Vancouver: 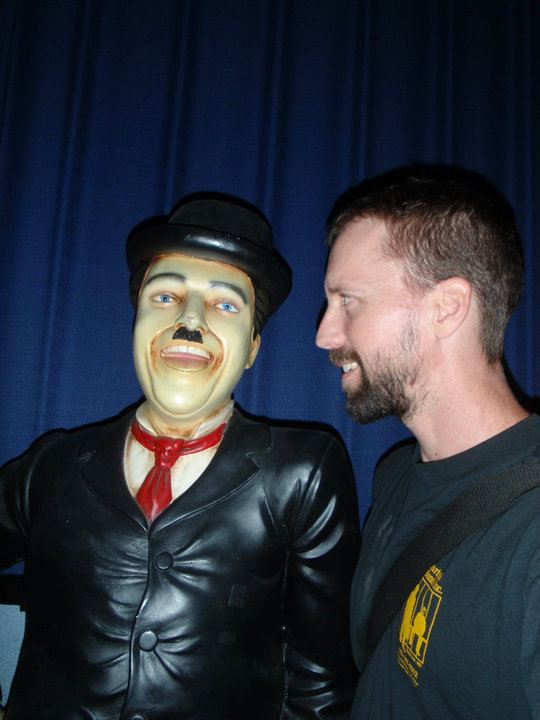